How To Get Paid To Test Apps

Looking for websites that pay you to conduct website or app testing? I'll share the best sites so you can get paid to test apps.

Think of it as a money-making “app-ortunity”: you can get paid to test apps and video games.

Your reviews and feedback lets them improve the app and check if people really like the concept. So it’s a win-win scenario: you’re helping them out, and earning a little extra cash while doing something you enjoy.

How do I get paid to test apps?

In most cases, app and game developers don’t contact people directly. Instead, they go to a third party website that organizes its members to road test their product.

So, to get this kind of side gig (and officially become what the industry calls “a beta tester”) you need to sign up for websites that offer this kind of service. Some of the websites are free, but others ask for a small subscription fee. Most people don’t mind that they have to pay, since they feel they’ll be getting their money back when they get paid to test apps.

What websites pay you to test apps?

If you want to get paid to test apps and websites, here is a list of sites that’ll help you get started.

Influence the biggest brands, latest technologies, and innovative companies —while earning a little extra spending money in your spare time.

Earn $10 for every 20-minute app you test and even more for interviews. 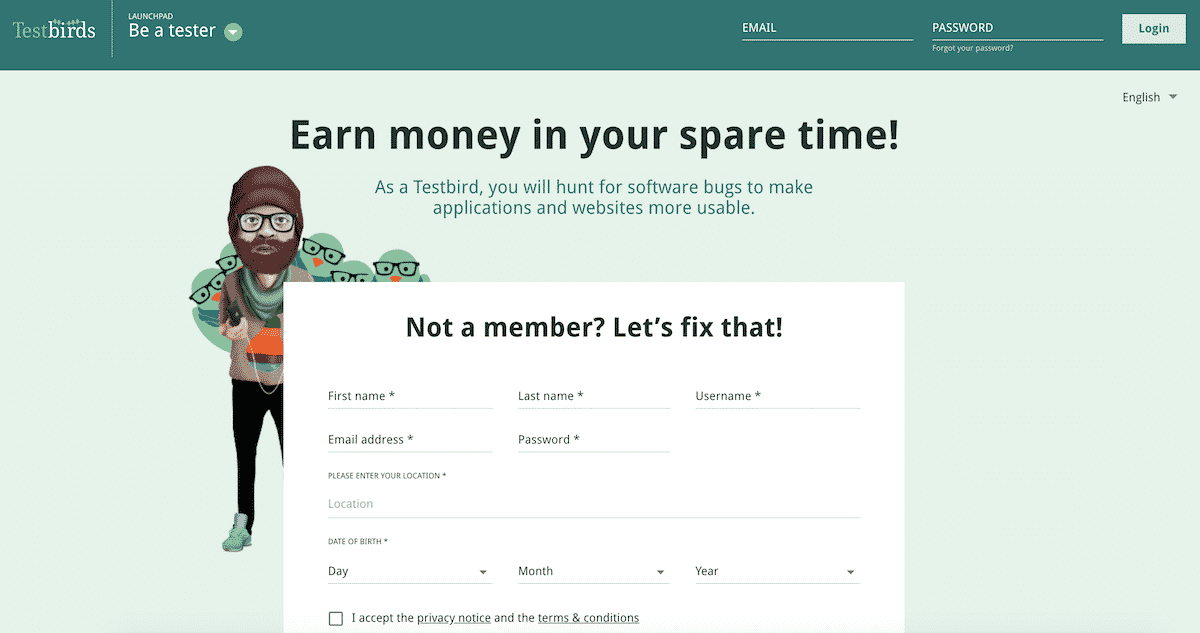 As a Testbird, you will hunt for software bugs to make applications and websites more usable.

Here you can really earn money by telling Testbirds your opinion about software and apps.

The payments are proportional to the complexity of the task.

For a regular usability test, you would earn around $20, for example.

There’s usually a fixed amount for your test report and additional payment for every Bug (defect) you find. If you find serious technical Bugs, you’ll earn even more. 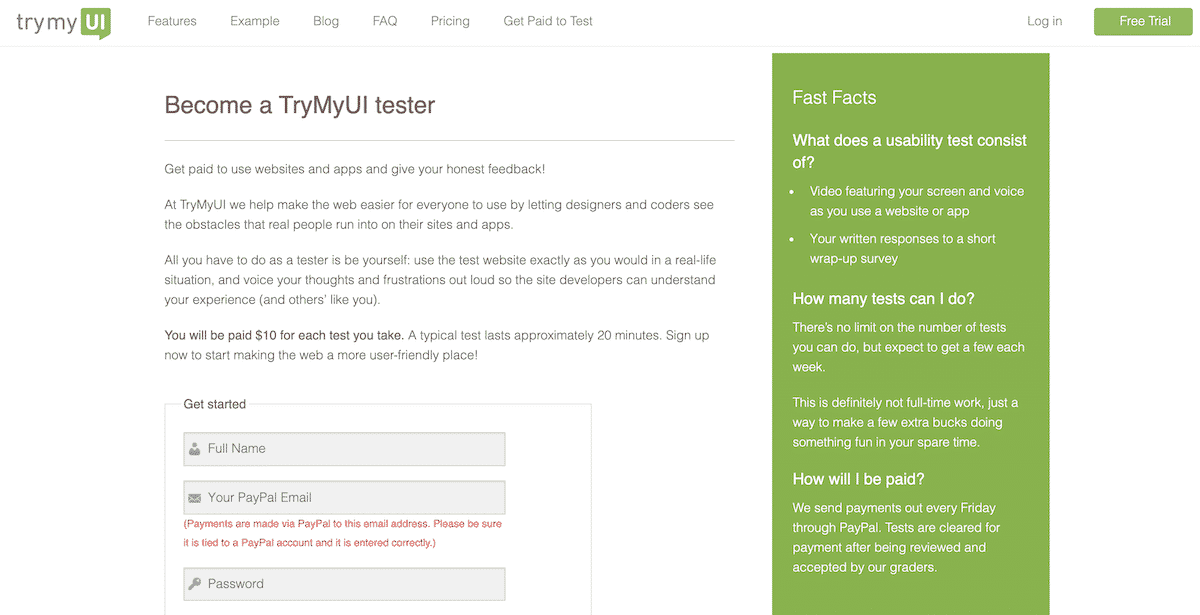 At TryMyUI they help make the web easier for everyone to use by letting designers and coders see the obstacles that real people run into on their sites and apps.

All you have to do as a tester is be yourself: use the test website exactly as you would in a real-life situation, and voice your thoughts and frustrations out loud so the site developers can understand your experience (and others’ like you). 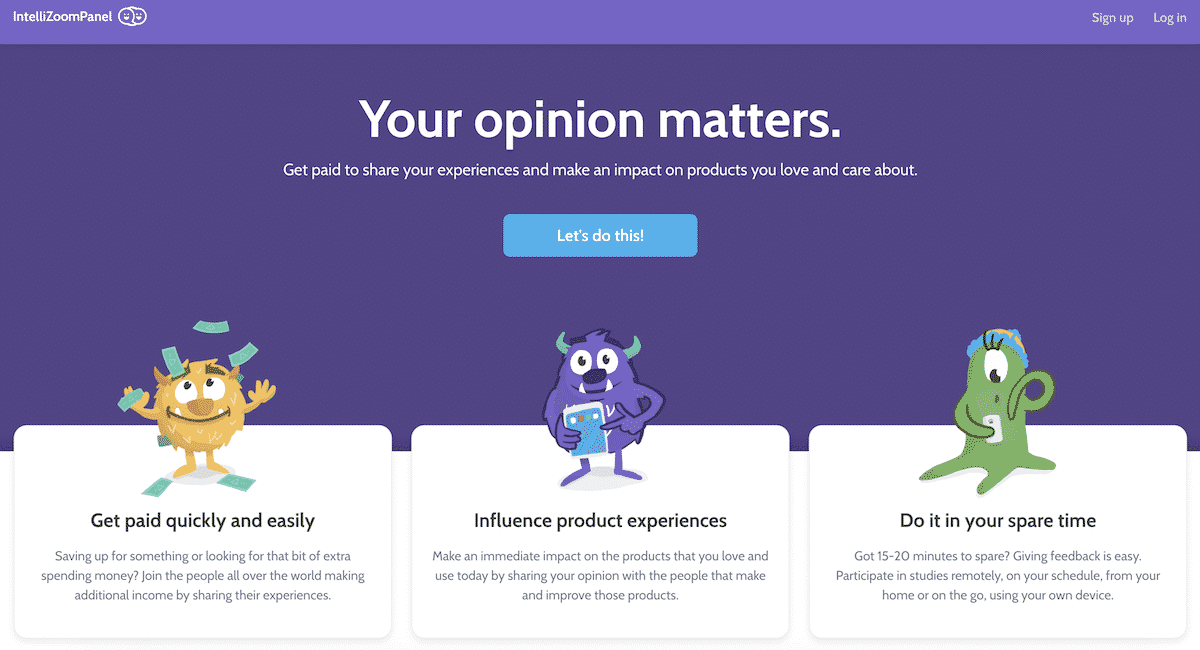 Saving up for something or looking for that bit of extra spending money? Join people all over the world making an additional income by sharing their experiences.

Make an immediate impact on the products that you love and use today by sharing your opinion with the people that make and improve those products. 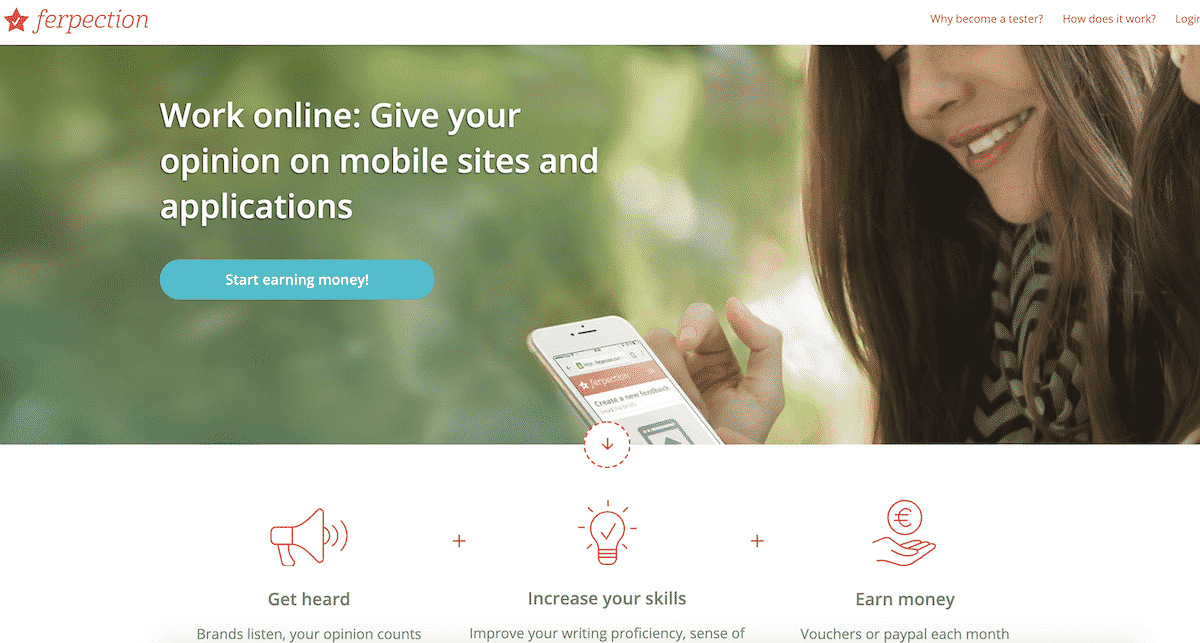 Ferpection is another site where you can work online by giving your opinion on mobile sites and applications.

While earning money for testing apps and mobile sites is nice, it goes beyond that at Ferpection. You can also improve your writing proficiency and discover new sites and applications by becoming a tester. 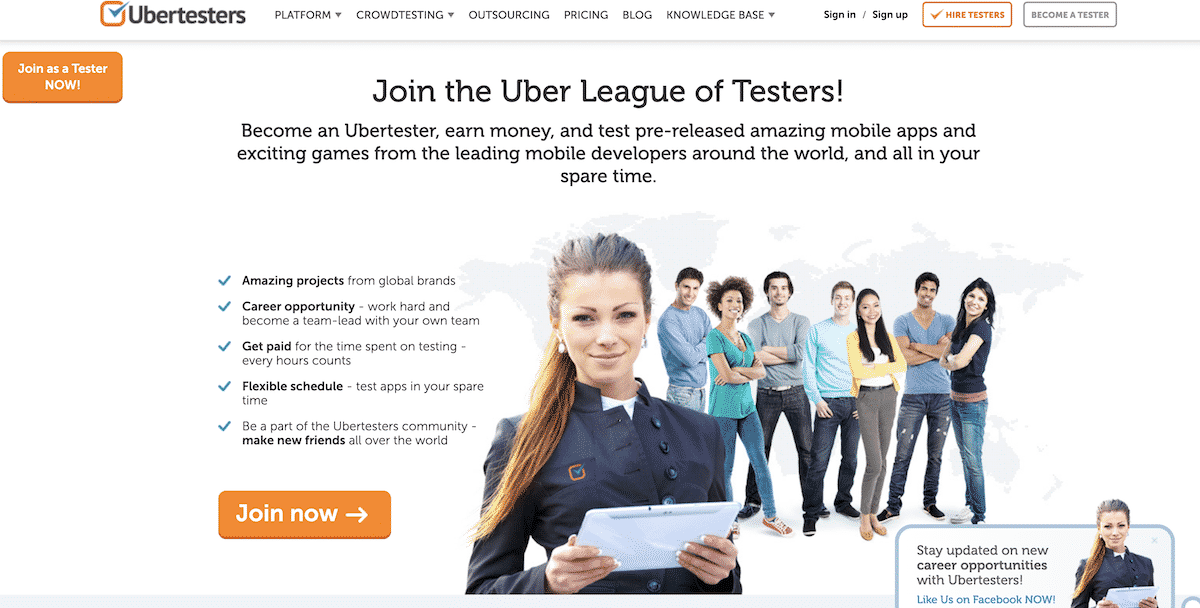 Become an Ubertester, earn money, and test pre-released amazing mobile apps and exciting games from the leading mobile developers around the world, and all in your spare time.

Other get paid to test apps and websites options:

Need more sites? Check out these other options.

What is the usual testing process?

Once you’re a member of those websites, you can view different projects and select the ones that are offered to you. Realistically, you may have to wait it out to get an assignment. Since many app developers are targeting a particular demographic market – age, gender, location – they sometimes specify what kind of beta testers they need. You have to match this criteria before you’re put into that particular app testing team.

What do you do next?

First of all, you need to follow the app developer’s instructions. While you are encouraged to play with the app and get comfortable with it, you’re also being paid to test out specific features.

Second of all, pay attention to what actions trigger certain problems. For example, does the screen freeze when you click on this particular button? Does it take a long time to load when you play it on a tablet instead of your phone? You can’t just say, “It’s slow.”

Lastly, don’t be afraid to give constructive feedback. If the gameplay is boring or frustrating, do say so – you are paid to test apps not to give fake positive reviews.

How much can you earn?

The fees depend on many factors: the website you have signed up for, the developer’s budget, and the kind of testing you’re being asked to do. So there’s a big range – maybe $10 for a small and simple job, and $100 for a complicated RPG from a bigger developer. I personally have used AppCoiner and they paid out on time and via PayPal.

So the prices aren’t enough to quit your day job, but for many people, it’s a fun way to participate in the gaming industry and try a game before it’s released.

In a way, the fact that you get paid to test apps feels like a bonus for something you’d love to do anyway. If you don’t think being an app tester is for you, you can look into our list of 99 other side gigs.

Get Paid To Test Apps

AppCoiner needs more members from all over the world! Enter only your name and email at AppCoiner to join and start getting paid to test out the coolest new apps on your phone or tablet.

Instacart Tipping 2022: Here’s How Much To Tip

Brian Meiggs
Brian Meiggs is a personal finance expert, and the founder of Hustler Gigs, a personal blog helping you make extra money in the gig economy. He helps readers increase their earning potential and start building wealth for the future. He regularly writes about side hustles, gig work, and the gig economy aimed to help anyone earn more, pay off debt, and reach financial freedom. He has been quoted as a top personal finance blogger in major publications including Yahoo! Finance, NASDAQ, Discover, MSN Money and more.

Hustler Gigs offers in-depth insights about how to leverage the gig economy for workers and customers.